Here we are, half-way through March, and I’m only starting my 2014 posts. So far, I’m sticking pretty well to my gig-a-week so I’ve a few posts to catch up on and then I will do my best not to get as far behind. My first post for 2014 is going to be a long one, and not entirely on the gig-going topic, but then it’ll be back to business as usual, so I hope you’ll bear with me!

2014 is looking like it’s going to be a good year for the blog – I’ll be doing more promotion so that hopefully more people will get to see my posts/pics and will spread the word on just how many amazing gigs there are in Ireland at the moment. 2014 is also hopefully going to bring a chance to collaborate with other gig addicts, which is really exciting. So here’s to big things for Gigaholic in 2014!

2013 was my biggest gig year yet – 52 in total. Now that implies that I went to a gig a week, when in reality, I went to none, or relatively few, some months, and probably overloaded on gigs in other months. Some I went to on a whim, some I went to as they were old favourites, and some I went to because I had seen the act once or twice and thought they were worth seeing again. From the sublime (Le Galaxie and the Riptide Movement in the Olympia to Bruce in Nowlan Park) to the ridiculous (The Band Perry probably fall into this category for me!), 2013 brought more variety to my gig going. Compared to other years where I saw the same acts again and again, there were only a few acts that I saw more than a couple of times this year – Le Galaxie, Bell X1, Heathers, and the Riptide Movement were the exceptions. I also didn’t go to any festivals this year (excluding Dublin based festivals), and I have to admit, I really missed that aspect of the music scene.

I don’t really have a target for 2014 – I’d like to aim for a gig a week but I don’t know if I’ll achieve that. I’d like to hope that I’ll be more timely with my posting, but seeing as I am only getting up to date with December 2013’s gigs in March 2014, I think we may as well rule that one out right now. My gig-going is now just part of my life, and I’ve noticed that I get kind of twitchy when I don’t have gigs to go to relatively regularly. Looks like when I named this blog, I was more accurate than I ever thought I would be!

2013 began with the First Fortnight festival – two weeks aimed at challenging mental health prejudice through creative arts. This year I went to far more of the diverse arts events on offer than I had in previous years, when I tended to stick more closely to the music events. The Therapy Sessions had a brilliant mix of music and spoken word artists; Solpadeine is my Boyfriend and Silent reawakened my love of theatre in two very different ways (Silent has stuck with me since in so many ways); Please Can You Make Some Noise for Mental Health gave a safe forum for discussion with Stuart Semple in particular sharing in such an open way about his battles with mental health difficulties; and No Kidding, Me Too! shared Joey Pantaliano’s experience of addiction and depression. 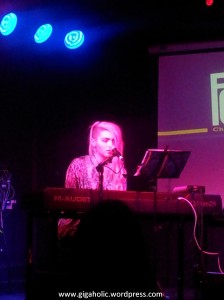 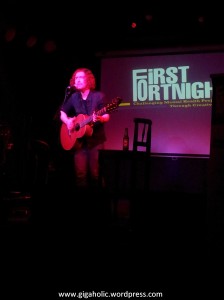 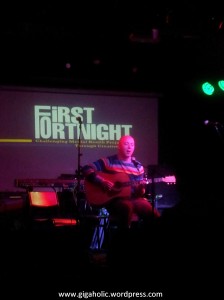 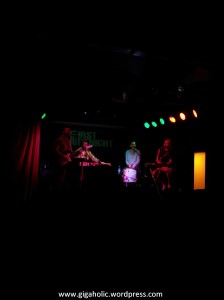 Mumblin Deaf Ro and This Club at Therapy Session 2

As usual, the musical finale was a highlight, not only because after seeing them work so hard for the entire festival, it was nice to see the organisers and volunteers let their hair down! 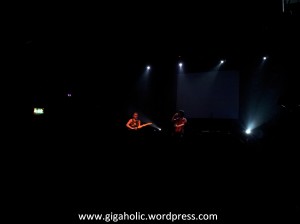 Vann Music, Kopek, We Cut Corners, and Le Galaxie at the finale gig

I have spoken in previous posts about how amazing I think this festival is, but I have to admit that this year’s festival hit a particular nerve with me. 2012 marked a particularly low period for me and ended with me finally getting professional help to get through it. First Fortnight came just weeks after admitting to my family at Christmas how much I had been struggling for a long time, and how successfully I had kept it hidden from them. So to say there were a few layers of skin missing around that time would be an understatement. Seeing a festival such as this pushing to get mental health into people’s everyday conversations proved to be a real turning point for me, and I have since been far more open about my own experiences, and far more open to hearing about others’.

…so it’s taken the last two weeks to transfer over all my old blog posts, but I am now ready to start updating the blog on all the gigs I’ve been to in 2013. Better late than never, eh?!

I’ve been to some great gigs this year, with some old favourites and have picked up a few new ones along the way. Finances have meant no festivals for me this year, but there are still lots of options with gigs in and around Dublin. Over the coming weeks, I’ll be uploading them and I’ll do my best to be more timely with my posting from now on.

I often thought that my gig addiction would ease off after a while, or that another interest would take its place, but it hasn’t happened yet. Lots more gigs planned between now and the end of the year, and a few sets of tickets bought for next year already, so I’m hoping Gigaholic will be continuing in its new home for many years to come!

@toeknee_wright was another discovery of 2012 for me. I had seen him before in And So I Watch You From Afar but Camden Crawl Dublin was my first chance to see him in his VerseChorusVerse guise. I was lucky enough to see him 4 times in 2012, giving him fourth place in my Most Seen in 2012. I already know I’ll have a chance to see him early in 2013 at First Fortnight Therapy Sessions. If you haven’t heard his stuff, check him out – I guarantee you won’t be disappointed. 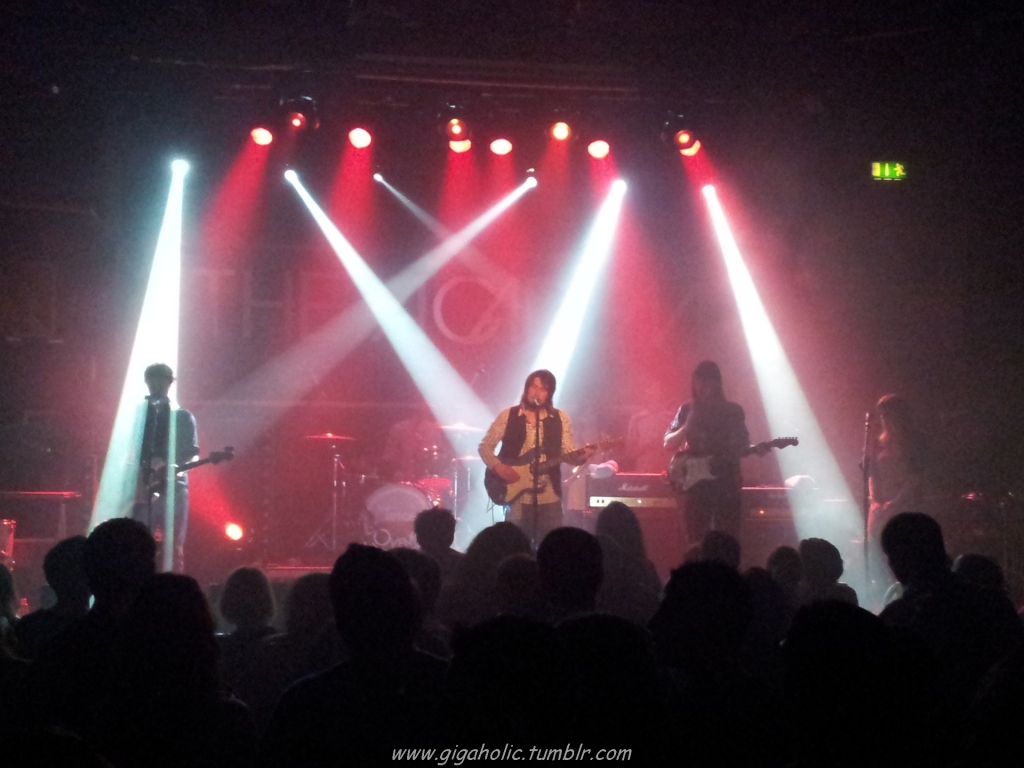 @theriptiderock sneak in next – I was lucky enough to see the highly talented Riptide Movement 6 times in 2012. As their star continues to rise, I wonder if I’ll get to see them as often in 2013 – tickets are already sorted for the May dates in the Olympia so at least I know I’ve that to look forward to!

@leGalaxie and @Raglans are tied for who I saw most frequently in 2012 – at a fairly impressive 9 times each. But what is interesting is that, while Le Galaxie have been favourites of mine for the last two-odd years, I saw Raglans for the first time at Vantastival in May of 2012. I also got to see a half-frozen Le Galaxie there, and despite the cold, it remains one of my highlights of 2012. Very, very different acts, but both brilliant. Hope to see a lot more of both of them in 2013 although the fact that both are doing so well makes me nervous that the opportunity may not arise to see them as frequently in 2013.

So as ye’ve all guessed by now, I’m pretty addicted to gig-going at this stage – seeing as my moniker on here is Gigaholic, it was probably fairly apparent! But trying to get up to date with my gig blog has made me realise quite how much I’ve packed into 2012 music-wise. A grand total of more than 40 gigs, including 10 festivals, has given me the best opportunity to see a wide range of acts, mostly home-grown but not exclusively Irish.

This made me wonder how many acts I’ve seen this year – a quick tot-up has pretty much blown me away. In 2012, I managed to see 154 different acts. This almost doubles what I saw last year, and I thought I’d done well then!

My next posts are going to be about the acts I got to see more than once, which is a good indication of my favourites from 2012. Most were new discoveries for me in 2012, but not all – some were favourites from previous years. There are also lots of acts I would have loved to have seen more than once, but the opportunity just never arose.

2013 is going to be a year of saving for me as I hope to travel a bit in early 2014 but I don’t think I’ll be able to sacrifice my gig-going altogether. The music scene in Ireland at the moment is too exciting for me to step away from it altogether. In a nutshell, I’d miss it too darn much.

…time for some serious photo posting!

As a virgin Electric Picnic-er, I was nervous that the hype around it would be anti-climactic. Maybe, just maybe, I wouldn’t like Electric Picnic? Maybe I would be someone who feels that when in comes to festivals, the smaller, the better. It’s certainly how I feel about gig venues, so what if it was the same for festivals? Surely nothing could top the amazing festivals I’d already been to in 2012?

I completely understand why people fall in love with this festival, its vibe, its impressive sense of self, and its sense of style. I will not even attempt to capture the weekend in words. The pictures can do their thing. If they don’t, then maybe you just had to be there.