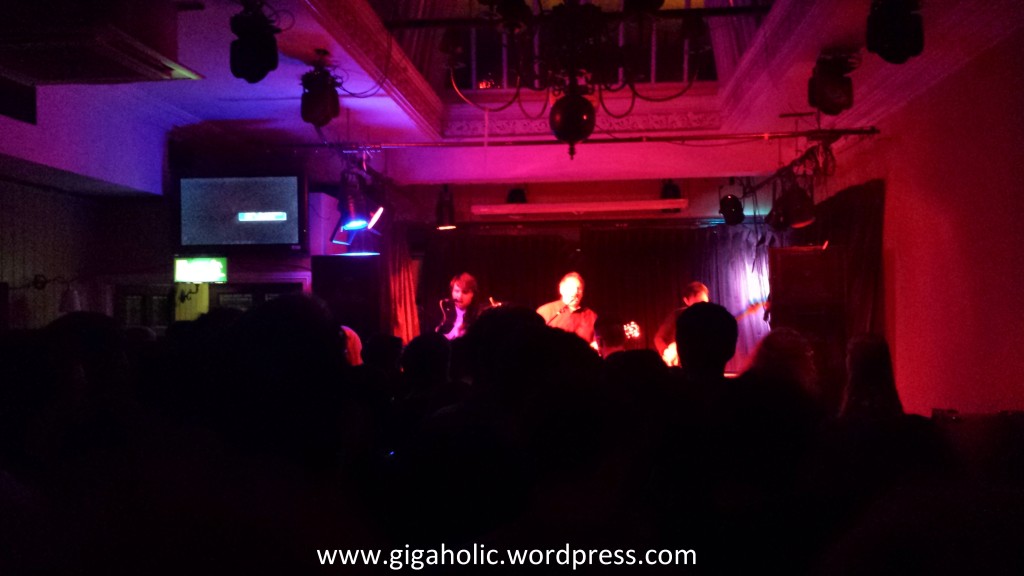 Next up was a gig I went to review it for Ceol Collective – We Were Giants. With some really good songs, and sounding solid live, I do think that We Were Giants could go on to good things. That said, I think they need some time to hone their sound and to decide which way they want to go, because at the moment their sound is a little scattered.

This gig was originally reviewed for Ceol Collective which has now ceased operations. The review that was published is preserved for posterity here!

We Were Giants are a band on the rise – on the go since 2012, and with a couple of ear-worm singles which have received decent radio play already under their belt, they could go on to do great things. Last Friday’s packed show in the Mercantile venue, with support from Alex Smyth and Falling Lights, gave a taster of a band with an impressive body of work, given that their debut album is yet to be released. With infectious hooks, captivating vocal harmonies and strong lyrics, and a sound that blends indie-rock with hints of pop and metal, it’s easy to see why they have already had a number of successful Irish and European shows.

The only downside? For me, at times, their live show veered into Muse-esque excesses, which didn’t always make the most of We Were Giants’ strengths that I’ve mentioned above. A small complaint in a show packed with talent – it’ll be interesting to watch where 2015 takes We Were Giants.

Hard Working Class Heroes is one of my favourite festivals – no matter where you go, no matter which venue you choose, you’re guaranteed to see some of the best of Ireland’s up and coming bands. 2013 was no different. I only made it to two of the three nights, but still got a chance to see some great acts. In a lucky case of scheduling, I was able to make it to two venues to catch five acts – Plutonic Dust (who barely made their start time because the lead singer couldn’t find a parking space!) started proceedings, followed by a great set from Elaine Mai. I’ve seen Elaine Mai, both solo and doing vocals with Le Galaxie, and love her sound. 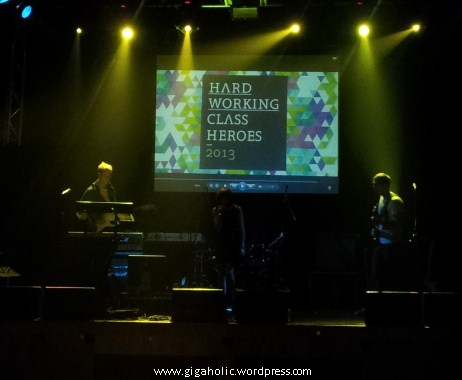 Next up was Anderson, who played some solo songs and also attempted to play with a full band. However, technical difficulties meant that the poor bass player wasn’t getting any sound, and the fact that they were followed by Hozier playing a stunning set with full band and backing singers just highlighted their slightly “less rounded” sound! That said, I really enjoyed Anderson’s songs and have seen him again since. But speaking of Hozier, this guy is amazing. Obviously a huge amount of the crowd were there to see him, and I can see why. Insanely talented, this guy is going to be massive. 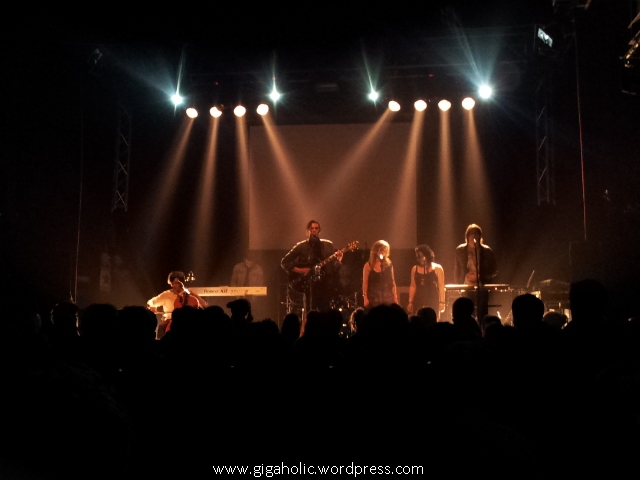 A quick dash up to the Mercantile from Christchurch Cathedral got me to the Noisy Plug Sessions just in time to see Empire Saints. A great set and still really want to catch these guys headlining somewhere! 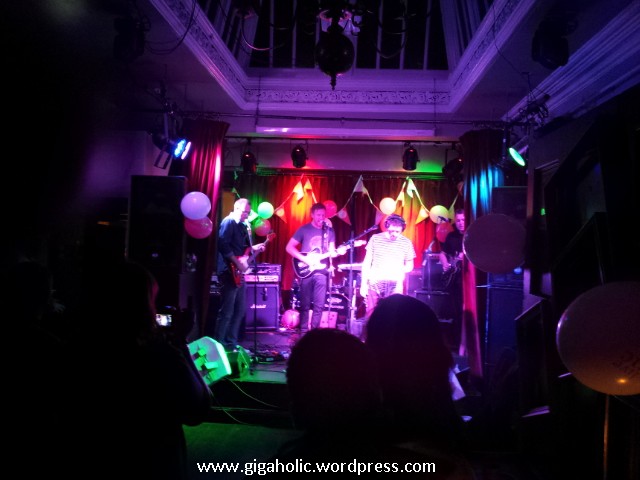 Empire Saints at the Mercantile

Next up was the second eLive, run by Entertainment.ie, held in the Mercantile. A free gig, this again highlighted for me just what a glut of highly talented musicians we have in Ireland at the moment. The fact that on a random Thursday night you can see some brilliant acts for free is amazing, but what confuses me altogether is the fact that the place was damn near empty. The show was streamed online so at least more people got to appreciate it than just the few of us who bothered to head in. The Irish gig-going audience sometimes makes me wonder.

Right, rant over. The treats on show that night were Twin Terrace (made up of some of the members of Storyfold along with others), VerseChorusVerse, who I would go to see any night of the week, and Empire Saints – brilliant, brilliant, brilliant, and I look forward to catching them all again in 2013. I was disappointed to have to leave the show early – last buses wait for no-one after all.

Twin Terrace at the Mercantile
*Originally posted on www.gigaholic.tumblr.com on 31/12/12*